This month we're asking our autistic community members What Do You Want? What Do You Need? We're featuring their answers all April long, right here. Today we're having a conversation with writer M. Kelter, who blogs at The Invisible Strings (theinvisiblestrings.com). Please read, listen, and share. 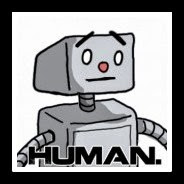 Life is easier when people know my conversational strengths and weaknesses. When I'm around people who know that I generally lack body language ... that I may not make great eye contact ... and when those people are okay with it, life is good. Other people can misinterpret these traits to mean I'm not listening or not interested in what they are saying, which leads to awkwardness and/or hurt feelings, which is not what I want; so generally I like for people to both know and understand my interaction style. Basically, when that is the case, I can skip over the “unwritten rules” of conversation and just have more direct, meaningful social encounters.

If you mean what should people know in more of a biographical kind of way, I would say: I was diagnosed with ASD at the age of 30; I primarily struggle with social pragmatics and sensory issues. Due to an aversion to lights, I worked a graveyard shift for eleven years. I'm currently pretending to be a freelance writer.

I ran into this mom and her little girl recently at the grocery store. The kid was probably five or so, and she just stood there, rubbing her nose, rambling about her favorite movie. Most of what she said made very little sense; her phrasing was odd; she never provided much context for her statements. And it was a complete joy listening to her. She was just 100% herself, not worried about how she was perceived or the world around her. It's an example of something that makes me happy, moments like that. The rare moments with other people, where they are just talking out of their heads, being strange and authentic -- it's a pretty great thing. It doesn't happen a lot, most people are concerned about the way they are perceived. They're guarded, concealed. Kids are better at life, in that regard. But it happens sometimes, conversations where people are just themselves, it's always nice.

The sun. I fantasize daily about living in a cave or in one of those towns in Alaska where it's dark for six months out of the year (for the other six months I would probably retreat to the cave).

Elevators. Elevators are nightmare etiquette boxes. I've only ever had awkward experiences in them. They're packed with too many subtle, unwritten social rules; I always find a way to make mistakes. I've learned to just take the stairs.

Haircuts: if you go to a barber/salon, haircuts manage to combine social interactions and sensory discomfort. It's no good. I avoid these in a big way; started cutting my own hair years ago. It shows ... I do a pretty crappy job of it, but I get by.

Growing up, my parents wouldn't let me nail blankets over every window ... in my mind, that was the idea set up. As an adult, once I moved into an apartment, the first thing I did was nail blankets over every window. This understandably frustrated my roommates. Eventually I got my own place; the blanket/window thing ensued. So that was a nice, sensory-friendly deal. But now I have a girlfriend, and that has motivated me to see what compromise looks like. We try to split the difference; I have a few spaces that are mine, they stay dark. In other areas, dimmers have been installed on all of the lighting so that we can make changes as needed.

When it comes to "ideal living space," I've basically gone through the full Goldilocks scenario: I've had zero comfort, total comfort and then the middle ground. I much prefer the middle ground; it's nice to find a way to establish a comfort zone, yet one that is equally comfortable for others.

What are your favorite books, movies and/or TV shows?

I spend a lot of time trying to figure people out, so I tend to react very strongly to fellow people-watchers. The In Search of Lost Time novels by Marcel Proust are basically a master class in people-watching. The narrator just roams around aimlessly, going to parties, eavesdropping, hanging out with friends. In each setting, he provides an entertaining play-by-play of social codes, status hierarchies and quirks of behavior; it's all very funny. Balzac is another people-watcher; his Lost Illusions is a good example. I re-read the Gormenghast novels by Mervyn Peake regularly; for some reason, I like the warped, ingrown personalities in those books.

I'm fascinated with Jacques Tati's film Playtime. It has nothing to do with autism, yet I would recommend it to anyone who wants to know what the world looks like to an autistic. The visuals are disorienting; the sounds are intrusive; the social dynamics in the film are constantly shifting, difficult to follow. The world of the film is how the real world looks to me, even down to the perceptual level. I think it's a great film to watch on it's own terms, but I also think it makes for an interesting exercise in achieving a state of empathy with a different POV.

I think when creating an autistic character, writers feel compelled to dutifully incorporate every description from the diagnostic manuals. They do their research, their intentions are good, but the end result is a bland character that seems more like a walking diagnostic manual than a real person. I think this is why the general public thinks of autistics as rigid, expressionless ... that's how they're written in all of these crappy movies and television shows. So, I would like to see more range ... I would like to see characters with thoughts and internal lives. One day, someone is going to create a fictional autistic character that is actually allowed to have a personality, and I think it's going to be pretty great. I worry that we're a long way from seeing that happen.

I would add: as an adult autistic, I'm tired of seeing adult ASD characters that are devoid of sexuality. Even if a character has a romantic experience, it is often treated as a comedic moment, or the character is childlike in relation to their own desires. We are long overdue for a mature, grown up depiction of autistic sexuality.

I'll give a specific example as a way of making a broader point. One description I run across a lot is, “Autistics can be extremely literal; because of this, they may not be able to understand the nuances of humor.”

This was true in my case ... when I was a kid. But as I grew up, my understanding of language and humor grew with me. My appreciation for humor might still be different from others, but I'm no longer literal-minded, confused by it.

That's just one example. So much of what people say about autism is wrong ... not due to specific inaccuracies, but because autistics change. Autistics have minds, minds that develop and grow in reaction to life experiences. So I wish people would stop saying things that pin autistic traits to a wall and imply they are permanent. They're not. Autistics can have nuanced, complicated relationships with humor, empathy, social needs and so on.

Redact all of the bad info about autism that has accrued over the years ... all of the negative stereotypes, junk science, the snake oil cures. Basically, if it were possible to remove the prodigious amount of autism misinformation, it would go a long way to making this a better world. It's not realistic to expect that, but (at least in my mind) the question leaves room for magical abilities ... this is how I would use them.

Spreading awareness is hard. But it's even harder when you have so much bad info to work against. The real problem is that people are aware of autism, they're just aware of stereotypes and misinformation. A more realistic way to accomplish this is probably through the sharing of personal stories ... through the spread of books and blogs and articles by autistics. That is happening more and more. It makes me hopeful.
Posted by Shannon Des Roches Rosa on Friday, April 25, 2014
Email ThisBlogThis!Share to TwitterShare to FacebookShare to Pinterest
Labels: acceptance, autism, autism acceptance month, autistic, M. Kelter, nightmare etiquette boxes
Autism Acceptance Month 2014: M. Kelter
2014-04-25T03:30:00-07:00
Shannon Des Roches Rosa
acceptance|autism|autism acceptance month|autistic|M. Kelter|nightmare etiquette boxes|
Newer Post Older Post Home
Subscribe to: Post Comments (Atom)
Follow TPGA on Facebook & Twitter
for daily autism news, resources, & discussions