The Color of Skin 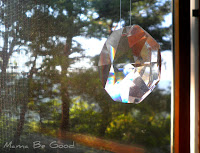 In our neck of the woods, we talk about race.  We use "black" and "white." It kinda freaks people out. But we feel having the conversation is important. Much more important than ignoring it.

The other day, I was talking about skin color.  See, Jack doesn't notice people's skin color. Instead, he looks at foreheads and hair color. It's just the way his brain is wired. So I find it kinda random, based on our own wiring, that we use race to identify people. I mean, I know that we do. It's in our history. It's in our society. But, I'm thinking, my child sees people, not people categorized by skin color. Isn't that what we want?  If he's already treating everyone the same, why should I label people based on race?

So I asked Denene Millner, founder, editor, author of the website My Brown Baby the question: "Why should I teach my child about race?"

You must read her insightful response. Denene has spent a lot of time thinking about race and parenting. If I had a parenting advisory board, I'd have her on it. Denene writes that, no matter how innocent the child, we parents cannot remain silent about race because the world will fill the void with stereotypical messages, myth, and prejudice. And, just like discussions about sex, if we wait for a problem to come up, we've waited too long.

That makes sense to me. I like Denene's suggestions that we should use developmentally appropriate ways of introducing books, images, and friends of different skin colors into our child's life.

But when we're doing these things, we have to remember something important.  Denene writes:


And seeing as it can’t be hidden and I’ve worked so hard to love my brown skin despite all of the negative storylines/assumptions attached to it, the last thing I and oh so many more who look like me want is to have someone say she doesn’t “see” it.


I will, however, say that a large part of who I am and what I love about myself is rooted to my race and the culture connected to it; my skin is no less a part of me than my limbs, my breath -- my heart. I know for sure that I am not alone in my thinking on this. It does not define me, but this brown skin has helped shape me in immeasurable ways.

The beauty of Denene's idea stopped me in my tracks.

The goal is not to not see a person's skin color.

It is to see it, appreciate it, and embrace it as part of who they are. Not to be blind to or deny differences in skin color. We don't want to erase who that person is. Our skin color, our heritage, our culture, our shared history is part of who we are, what has influenced us, what has made us the persons we are today.

Do you see it yet? Our common ground?

That is exactly what I want for my son. My son's difference is autism. It is not apparent from a picture. It is not written on his skin. He can walk into a store and not be noticed by his skin color. But he will be noticed by the differences in his movements, his behavior, his communication, and his social interaction.

He will be judged.

Yes, Jack's behavior is different. Yes, his physical movements look awkward. Yes, he's looking at the floor and not at you. Yes, he is making car noises all the time.  I want people to see how hard he works to overcome his challenges, to appreciate that he's trying to interact, that he's curious about everyone, that he wants to be with people. To see him not just for his outward appearances, but also for his bubbly personality, his earthy sense of humor, his affectionate nature.

'Cause it's what we all want.


----
Brenda wants to thank Denene Millner for engaging in this conversation and for the kind, generous, and gracious way she did so.