Syracuse University professor Alan Foley developed iAdvocate, a free iPhone app that helps parents of school-age children with special needs "share and develop specific strategies with parents for working collaboratively with a school team to improve their children’s education." We're grateful to Dr. Foley for talking with us about how iAdvocate can help our families, his development process, and how his app is setting a advocacy precedent. We recommend reading Syracuse University Magazine's excellent Spring 2011 Access and Opportunity article for more information about Dr. Foley's work.

Your app is remarkable, and is filling a role a lot of people hadn't anticipated -- when it comes to autism and other developmental disabilities that can have a language component, folks tend to focus on iPods and iPads in an AAC (Augmentative and Alternative Communication) capacity. Apps like iAdvocate clearly demonstrate that these devices can be so much more. What inspired you to create your app? 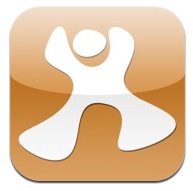 iAdvocate grew out of my interest in mobile learning and informal learning. Also Syracuse's School of Education has a long history of inclusive education and disability advocacy, so I had colleagues whose careers are in inclusive education and parent advocacy -- Syracuse actually has a parent advocacy center, www.SUPAC.org. Also my wife has done a lot of work with disability issues. It's something I've always been peripheral to even though I wasn't a special educator. I've attended IEPs but as an English teacher, and neither of my kids has IEPs. So the content is not something I've necessarily experienced -- that content came from the work and experiences of people from around the school.

It was like chocolate and peanut butter, because I was saying, "I really want to make an iPhone app," and my colleagues were saying "We need to figure out a way to get information to parents." The material was all out there already -- this isn't new content, most of it anyhow. But it's really hard to have that information in place when you need it, or to know what a school official might say to you as a parent, and how you might be able to respond, or what your rights and responsibilities are, and how you might proceed strategically. That is what I found powerful and valuable about this particular platform.

For me, this was an exercise in making an app in an education area I thought was being underexplored. Everyone's always excited about these devices, but we're still not really thinking about them in a really robust and fundamental way, in terms of how does the design of these tools affect the teaching and learning that can be accomplished with them.

How did you come to be the person who spearheaded iAdvocate?

Things around the Internet were really starting to ramp up when I was in grad school in '96 and '97, and I got in at the ground level -- doing web design, teaching web design, running web servers. So I've been doing that for a long time. But as an academic, I'd been moving away from making stuff, and I was really missing that, so in the last couple of years I've started to move towards design and development: finding problems and creating technology solutions. It's a little unusual in a school of education, but it's not unheard of.

I've also been really involved in web accessibility. My father is blind, he's a screen reader user, so that's my connection to assistive technology. I already knew a lot about how content needs to be formatted to be accessible. (iAdvocate is fully compatible with iOS's Voiceover accessibility feature.)

What kind of feedback are you getting on iAdvocate? Has it been a success?

I have to joke that I've talked to more people about this iPhone app, this iOS app, than I have in my ten previous years of scholarship. I know how many people have downloaded it, and even though it's a niche tool, in a niche market, we still had 1500 downloads in the first six weeks, which is probably 1000 more people than have read anything I've written. So that's been really refreshing.

I've had people ask if there's a web-based version [of iAdvocate] -- and that's something I've really had to educate people about, and which gets back to your comment about iPads being more than AAC devices -- we're not talking about a web page, or a computer-based thing. This is totally different and new.

Yes, iPads and iPods get penalized because the devices are so new -- we don't have the long-term data to justify their use in the quantitative way educational departments require and demand. It's a problem we hope will lessen with time. Educators don't always understand how flexible these devices can be, in terms of visual schedules, social stories, worksheets, discrete trials, etc. These are the kind of uses people aren't yet thinking about.

I'm coming at this as a bit of a special education outsider -- I didn't teach special education, and I'm not an occupational therapist or a speech therapist. But I see situations where schools will buy a $7000 [dedicated AAC device] DynaVox, but they won't buy a $600 iPad and stick [the AAC app] ProloQuo2Go on it. Often the argument is that the child might break the iPad, but that kid would have to break ten iPads before the cost evens out -- and the iPad does other stuff that the more expensive device doesn't.

But depending on the child, depending on the situation -- selling the iDevice as something that can do so many other things is not a selling point because schools think it's distracting, and they want its use confined to an academic space -- they don't want the kids playing Plants vs. Zombies.

Another thing worth noting is that iDevices have the Speak n Spell effect -- they don't look like they were designed for a person with special needs, and other kids think they're cool. I don't think this can be overstated.

A professional advocate we spoke with thought iAdvocate was a fantastic app for getting parents up to speed on their rights, and for prepping for IEPs -- but was concerned that some of the recommended language was more confrontative than collaborative, and so might set the wrong tone in meetings.

I can't speak for my collaborators, but they are relentlessly friendly and positive people. And there are strategies in the app about working with the team, and having parties, and celebrating successes -- but not in the response scenarios. But my sense is that the terse nature of the app's language coupled with design constraints has led to an email-like quandary, where some things gets a little lost in translation. Tone is really hard to convey via text.

Part of the intent was to help the parents who confront the [potential educators or administrators responses to parent requests] statements for the first time and completely shut down. We really want to help those parents get their feet in the door!

And believe it or not, in our parent testing, parents were fairly unequivocal in asking us to get down to the nuts and bolts of the information -- but we may have stripped it a bit too much. I would love to talk with the advocate you spoke to, and I can certainly add the collaborative language to the growing list of features I'd like to add to iAdvocate 2.0.

You developed iAdvocate at Syracuse University. Was it a class project?

I posted some of the process on my blog, so you can read about it there. But yes, I did make it into a class project for a doctoral seminar in design and research. We did prototype testing, and focus grouping and things like that, but a lot of it -- hundreds of hours -- was me and a couple of other people working on it, even though it's a relatively simple app. I scraped the project together (I'm rather good at "making things happen") even though I didn't have any money -- I'm a junior professor. But we also found the money to pay a developer for about 15 hours worth of development -- which is nothing, really. The rest of it is about six months of content development, interface design, and prototyping.

Do you have iAdvocate 2.0 planned for the fall? Would it need to be another class project?

A little of both -- I've been trying to beat the bushes. There are lots of people who are interested. And it's got goodwill; we gave it away -- it's a free app.

Yes, that's something I found really impressive -- this is something parents really need, but those same parents are often really strapped in terms of financial resources.

I think I can pull it together again. But I'd rather not do it by the skin of my teeth this time; I'd actually like to be able to go into it and hire a grad student to manage the process a little bit, and have more resources at hand.

I've had inquiries, I don't have anything yet. If I do do another version -- and it's very high on the list of things I want to do -- I then want to simultaneously do an Android version (which is much cheaper to do than an iOS version), since that's the question I get the most: is there an Android version. Then I'd like to start adding more content, and incorporate features like more collaborative language. I've told my dean that these apps have a really short shelf life, and that we should be well into version 2.0.

Yes! Any and all. I'm interested in getting more of these kinds of apps out. Also, the concept of an advocacy tool has been very interesting -- there are lots of other contexts in which there is an information differential or a power differential in which something like this could be useful, for instance working with immigrant families. I feel like we've developed a nice model.
Posted by Shannon Des Roches Rosa on Friday, June 24, 2011
Email ThisBlogThis!Share to TwitterShare to FacebookShare to Pinterest
Labels: advocacy, Alan Foley, iAdvocate, IEP, rights, special education, Special Needs
Interview: iAdvocate's Alan Foley on Empowering Parents of Children in Special Education
2011-06-24T03:32:00-07:00
Shannon Des Roches Rosa
advocacy|Alan Foley|iAdvocate|IEP|rights|special education|Special Needs|
Newer Post Older Post Home
Subscribe to: Post Comments (Atom)
Follow TPGA on Facebook & Twitter
for daily autism news, resources, & discussions